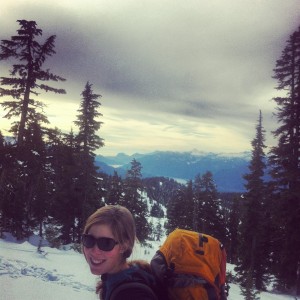 For my Master’s research I will investigate the patterns and drivers of evolution in the morphology of song sparrows (Melospiza melodia) on Mandarte Island. Since monitoring began in 1960, song sparrows have shown dramatic directional change in size and shape coincident with a decline in density from circa 50 to 25 pairs. The primary explanation I will investigate is the invasion of fox sparrows (Passerella iliaca), a competitively dominant species that largely overlaps with song sparrows in habitat and resource use and has increased from 0 to 35 pairs over the study period. My goal is to determine the nature and extent of competition between song and fox sparrows and make a functional link between the observed changes in morphology and shifts in diet and habitat use. I will also investigate alternative causes of change by contrasting the patterns observed on Mandarte with those of song sparrow populations on neighbouring islands and the mainland, where fox sparrows have historically been present. My work will add to our understanding of the impacts of invasive species and the ability of natives to rapidly adapt to change.