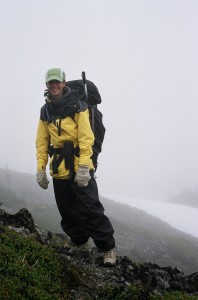 Preliminary analysis suggests that captive-bred and released Vancouver Island marmots (Marmota vancouverensis) that abandon their release sites prior to their first hibernation experience greater mortality than those that stay. I will attempt to identify the factors that contribute to marmots remaining at their release sites, using data collected on 300 marmots released between 2003 and 2010. Specifically, I will test if forage availability, escape terrain coverage, and landscape-level fragmentation contribute to site fidelity. I will also investigate how site fidelity and survival vary with social context. The results of this research will influence choices of future releases sites and marmot groupings, and should lead to a more rapid establishment of a stable and wild marmot population.

I have spent the past four summers working as a field technician on the Vancouver Island Marmot Recovery Project, releasing captive-bred marmots, protecting them from predators, and conducting inventory on wild and released marmots to monitor colony sizes and marmot survival. My previous projects include data collection on orcas and vessel traffic in the Johnstone Strait, and building and installing wolverine live-traps and remote camera stations in the North Cascade range of BC. 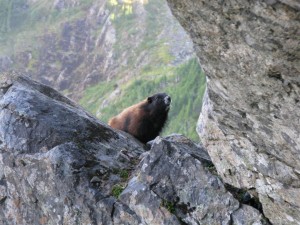 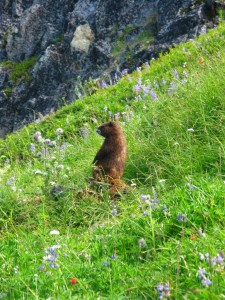 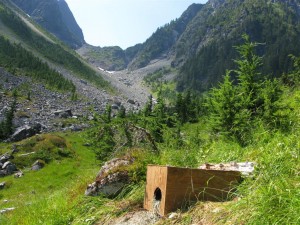