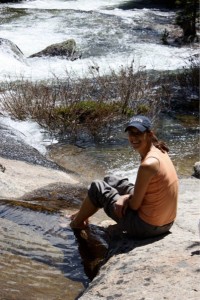 I will be starting an Assistant Professor position at the University of Wyoming in the Dept. of Zoology and Physiology and Biodiversity Institute in January 2015

My research interests are broadly focused on the interplay between ecology, evolution, and behavior of year-round resident birds and using individual-based studies to understand variation in population demography. I do this by primarily conducting 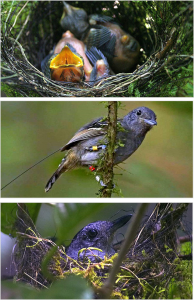 long-term studies of individuals and studying the entire life cycle of a species to address carry-over effects between different stages, how the environment influences individual fitness and behavior, and the subsequent effects on populations. During my graduate work in Panama, I established a population of a tropical bird (depicted in the pictures here), the western slaty antshrike (Thamnophilus atrinucha), and examined the mechanistic underpinnings and demographic consequences of variation in natal dispersal and reproductive strategies. I am continuing work on this population and have begun to address variation in demography and selection across the rainfall gradient along the Isthmus of Panama. As a postdoctoral researcher at UC Berkeley, I used a 22-year study of a tropical parrot (Forpus passerinus) to address the ecological causes and demographic consequences of selection on timing of breeding and natal dispersal. Currently, I am using a 37-year study of a year-round resident bird (Melospiza melodia) to study how variation in environmental conditions and individual heterogeneity influence life history trade-offs and reproductive strategies.

Tarwater, C.E. and S.R. Beissinger. 2013. Opposing selection and environmental conditions modify the optimal time to breed.  Proceedings of the National Academy of Sciences 110: 15365-15370.

Tarwater C.E., and J.D. Brawn. 2008. Patterns of brood division and an absence of behavioral plasticity in a neotropical passerine. Behavioral Ecology and Sociobiology 62:1441-1452.